About a week ago I was talking to a customer and he asked me if I can find him a rear fog light so that he can fit it to the left side of his Legacy BP hatch. He also noted that he already has one on the right side which he bought from Japan. I mean yes of course I can get the one for the left side and the right side and even the whole harness to make it work properly. However the main question of why would somebody in North America would need the rear fog light left me wondering. 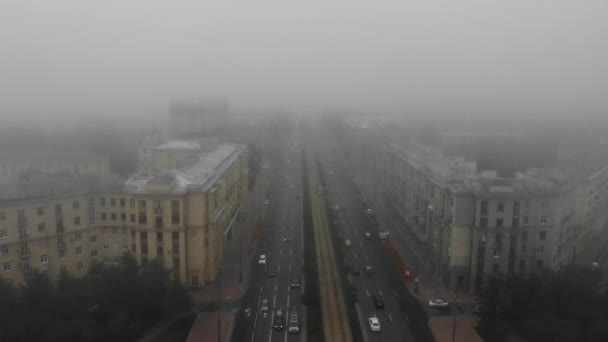 Now let’s fly over the Atlantic to Europe where we have a bit different road laws,more strict if you can say so. We have Technical inspection once a year or two, where they check for your overall car’s condition, emission tests and of course they check if your rear fog light is working. So what’s so special about it?

This is called the rear fog light. it is meant to be used if you have to stop on the side of the road… But why do I need a rear fog light to stop? I will tell about that later my friend. Many have noticed that the fog lights can be placed on the both sides. Manufacturers are placing it on the drivers side, so if you are in Europe it’s on the left and in Japan it’s on the right. So if in North America you would have those fog lights it would be on the left side. Since the Europe is foggy, rainy, snowy: it is obligatory for you to have one on a car made from 00’s, however most manufacturers are fitting them from 80’s because it was obligatory for manufacturers but not necessary for you to pass an inspection (I have all cars below 00’s mark and I was never asked about one). Some countries require a placement of the fog light on the rear for all model years, some countries (like the one I live in) ask to have it for all models after 2000’s. Japanese manufacturers like Honda placed them on both sides of the bumper for both UK and Europe markets in 80’s and 90’s (because it is not forbidden to do so) but as they were progressing with their design they started putting it instead of the reverse light.

Why do you need it? Here is how it works. Imagine you are driving and there is a fog surrounding you everywhere, tail light beam is not powerful enough to get to the car driving 200 meters behind you, but the fog light does, oh boy its like a rear high beam, it will burn your eyes when its dark if some dumb driver accidentally turned it on (happened to me few times, hate them). The other reason you need it, is when you stop your car at night or in heavy rain, snow and low visibility in general. The fog light is located on the drivers side so that when you stop, you turn it on and you can get out of the car without a risk of being hit (haha, yeah sure).

The truth is that most of the Europe’s car enthusiasts would say that the rear fog light is:

So why it is considered cool in America? The answer is simple, it wasn’t available there. You can put it on the right side because it’s cool or you can put it on the left side because left side placement is rare so its cool doubled and if you have both of them and they are wired then its an ultimate win and you will have ton of attention. The fact that there are posts of how important it is, trust me, we are all aware that we should use it in bad weather but very few actually used it.

Verdict: Any mod is a mod, people will love it, hate it or they wouldn’t care at all. Rear fog light might look cool but in reality its just useless, placing both of them in the rear keeps you with no reverse lights at all which means you have no rear view at night when parking. At this point they are as cool sunglasses at night, you do look cool but you don’t see shit.

Cool level: Dude with a sunglasses at night.

P.S. Making this post required pictures and guess what: I wasn’t able to find any pictures of the cars out of Europe, all of them were from America. So rear fog light is a THING in United States… but in Europe they are just useless.